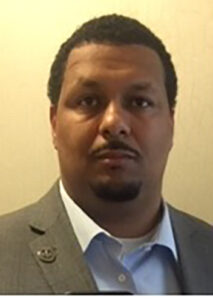 Robert E. Ellis Jr. was promoted to General Superintendent – Transportation Services for the South Texas Service Unit in June 2019. In this role, Mr. Ellis is responsible for leading safe and efficient operations in the South Texas area which covers more than 1,400 miles of track, and two of the busiest freight interchanges on the U.S. – Mexico border. Mr. Ellis is tasked with the development of more than 1,100 employees on the service unit to drive continuous improvement and deliver Union Pacific’s service, budget, and safety objectives.

Previous to moving to San Antonio, Ellis served as Director of Transportation Services for the Mid America Service Unit in Little Rock, Arkansas. Robert began his career with Union Pacific in 2004 as a trainman on the Houston Service Unit before progressing his career at the railroad. Since promoting into management in 2008, Ellis has held various transportation management roles in the Western and Southern regions.

Robert earned his Bachelor’s degree while playing football at Boston College with a focus on Business Management Marketing. He and his wife, Dejarlais, have three children.