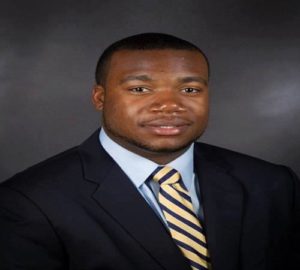 Henry Boone is a Project Manager for Turner Construction. He has worked for Turner for 7 years. He originally began working for Turner in Cincinnati, OH, where he thrived on various high profile jobs, such as Princeton City Schools, a $130 million New Build; Sycamore Community Schools, a $30 million New Build; and Dunnhumby Centre, a 9-story building and $91 million New Build. Since he has been in San Antonio, he has worked on the SAISD School projects, including Japhet Elementary School, Riverside Elementary School, Edison High School, Ogden Elementary School, and Jefferson Middle School. He has also completed projects for University of Texas in Austin, Santikos, Alamodome, Toyota Plant, USAA, Johnson Controls and other confidential clients. In addition to his successful career endeavors, he is heavily involved in the San Antonio/Austin Community. He is the past Chairman for the Black Contractors Association (BCA), Board of Directors for the Alamo City Black Chambers of Commerce, a member of American General Contractor, CLF and a 2017 recipient for the 40 under 40 San Antonio Business Journal Award.