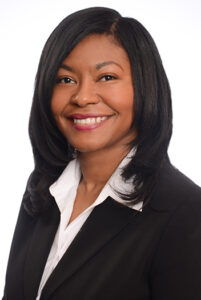 Lisa M. Devane serves as the Executive Director of Perioperative Services for University Health System.  Lisa M. Devane began her career in health care with the United States Army as a Medical Specialist in 1986.  While serving in the United States Army, she was awarded several medals for leadership. Mrs. Devane was one of the first females to be awarded the Combat Medical Badge for actual wartime enemy engagement and casualty management in 1991, while serving in Operation Desert Shield/Desert Storm.  After her career in the military, she pursued a degree in nursing. She obtained her nursing degree in 1997 with Temple College.  She has served in many leadership roles from Team Leader, Charge Nurse, Nurse Manager, Case Manager with Hospice, Director of Bariatric Ambulatory Surgery Center.

Mrs. Devane collaborated with members of Risk Management and Anatomic Pathology to formulate a new process called the Pathology Specimen pause to decrease errors in pathology to improve patient timely diagnosis. Mrs. Devane has been involved in various hospital projects to from Operating Build outs for The Center For Life, Women’s and Children’s Tower and Operating Room Expansion.